Getting here wasn’t nearly the ordeal we had anticipated; although at the moment heavy eyelids are making this a challenge. A 5:15 reveille call preceded an easy flight from SFO to JFK that arrived early. Given that we had just shy of 4 hours, a brief visit was planned with Dad and Caryl. They brought Zorns and we had quite the little in-car tailgate party of fried chicken, macaroni salad and compote. Jamie capped it off with a batch of Gigi’s famous Mandels, which in my humble opinion, is the worlds best cookie. I was pleased to see that Dad looked well and was even in the process of growing his hair out a bit. It’s always great to catch up with family and I declare this as the best way to enjoy a layover despite being at such a shitty airport.

I found myself wondering what Mr. President would have thought about being memorialized by a filthy, rundown airport overflowing with rude staff. “Ask not, what your airport can do for you, ask what you can do to make your airport worse.” Fortunately, nothing could keep us down. Jamie practiced airport yoga and I took the time to spy on my fellow travelers. An eclectic mix of Israelis, American Jews, Arabs and Christian tour groups. It only shows my ignorance, but I was surprised by all the Christians. 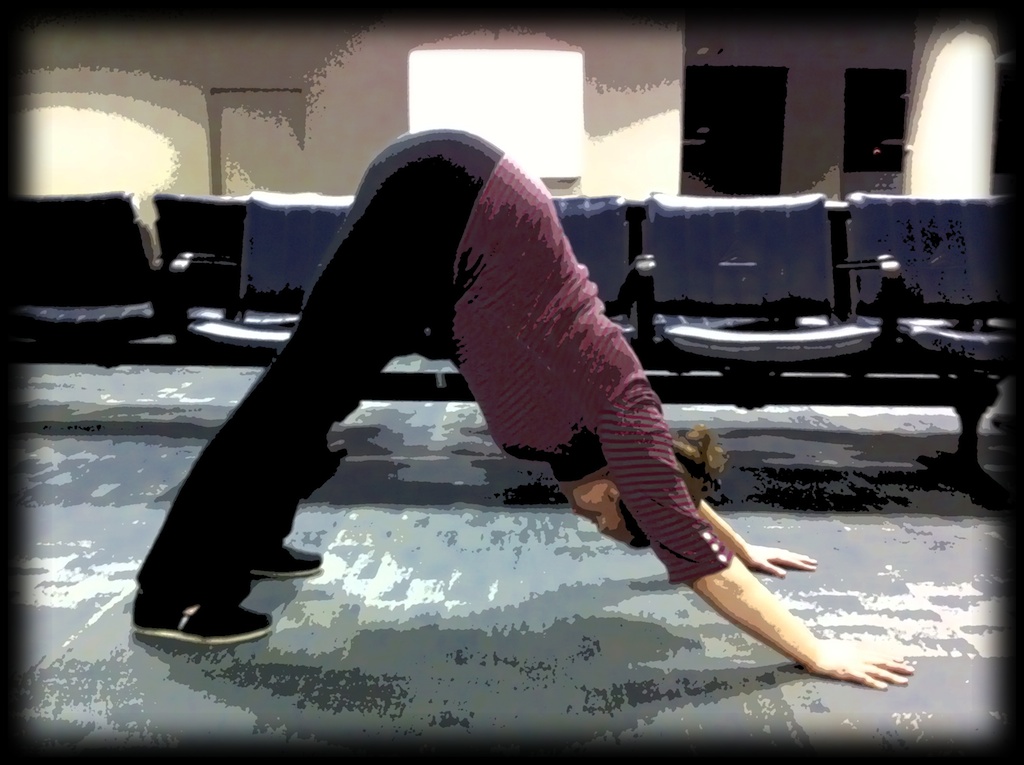 The flight was easy. We feasted on Jerry’s Bagels (sorry Gale) that Dad had brought for us and slept well. OK, I got only got two hours, but looked on jealously as Jamie popped an Ambien and got a solid 6+. 10 hours flew by and soon we were walking through Ben Gourion Airport. It’s rare that an airport feels architecturally significant, but you can tell they took their time to get this one right. The light, airy structure conveys style, security and scale.

We collected passport stamps and were soon zipping down the highway toward Jerusalem in our Mazda 2 rental. I was amazed at how green the countryside is. We climbed into the hills as the sun went down, setting the buildings aglow in a dazzling array of golden yellows and oranges.

Accommodations provided by the Dan Boutique in the German Colony neighborhood just a few Km outside the old city are handsome, clean and trendy, in a slightly dated way. For dinner we strolled the Emek Refaim, and struck gold for our opening banquet at Olive. We were hungry and the food was incredible! Dinner started with a roasted eggplant that was so soft and tender, that I almost ordered a second serving. For dinner Jamie had a mushroom chicken dish, that was fantastic and my kebabs were above par. I think I’m going to enjoy a country where it is so easy to avoid dairy!

We strolled home from dinner arm and arm to stay warm. Temps easily drop into the 50’s after dark and I’m glad we brought Puffy jackets. Yep, that’s a capital P. I already get the sense that we are in a magical place. The city scape is like nothing I’ve ever encountered and the Chassidem reminds me a little bit of Brooklyn. The Old City looms in the distance, beckoning to be explored. Time to catch a little rest–tomorrow will be a big day.

2 thoughts on “Getting Here From There”